Director of Stewardship and Endowment 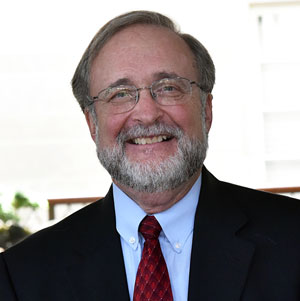 Rev. Dr. John Koppitch has served as Director of Stewardship and Endowment at Second for ten years, capping off more than 40 years of ordained ministry. John’s guiding objective has always been to make an impact on the community through institutions, and he has lived into that mission throughout his career.

This passion shaped John’s call working as solo pastor and community organizer at Washington Street Presbyterian Church, an inner-city congregation on the near west side of Indianapolis. He later served as head of staff at Fairview Presbyterian Church, located near Butler University.

While serving as solo pastor at Washington Street Presbyterian Church, John was a founding member of the Indianapolis Neighborhood Housing Partnership (INHP), an organization that has guided the city’s growth and development for years. He has also served as a trustee or board member for Christian, Theological Seminary, Westside Community Development Corporation, Christamore House, Hawthorne Community Center, Martin Luther King Community Center, and Westminster Neighborhood Services.

Additionally, John has held elected and appointed positions in all levels within the Presbyterian Church (USA). One notable contribution to our denomination was John’s involvement with the Self Development of People National Committee, which was formed in response to social issues of the time. Three decades later, the committee continues to have an impact in underserved communities across our country.

From his time working with Indianapolis organizations and Presbyterian congregations, John was familiar with Second before joining the staff. He attended Indianapolis Great Banquet #5 and served on two IGB teams, so he already knew his way around the building. There had been many other intersections with Second, such as serving on Presbytery committees with members and welcoming a Second team to paint houses during the 1980s in a program John created. Second’s Rev. Joyce Hunn served her seminary internship with John at Washington Street Presbyterian, and Rev. Dick Armstrong, former Second pastor, taught John’s Polity class at Princeton!

John joined the Second staff just before our church hosted the first Next Conference for the denomination. John was stunned with the amazing hospitality of the congregation in welcoming and hosting conference guests. He says, “Then I knew for sure that Second was not only a community church for Indianapolis, but also for our whole denomination. I already knew about Second’s leadership role in the city, but at the Next Conference I saw the impact the congregation had on the wider Presbyterian Church.”

One of the first major projects John took on was the 175th Anniversary Campaign. John helped to connect Second’s legacy with concrete opportunities for community transformation, and the campaign raised $5 million – all for mission endeavors. The 175th Anniversary Campaign provided funding for the family services building at Westminster Neighborhood Services, launched Northside Mission Ministries, bolstered the endowment fund of Children’s Circle Preschool and the Enright Fund for Youth and Young Adult Ministry at Second.

When John recalls working on the 175th Anniversary Campaign, he says, “I really saw the broad scope of mission at Second and came to appreciate the creativity and synergy that shapes our work in the city and beyond.” Being in a position to support all the ministries of Second was a source of great joy during John’s tenure.

Life Beyond the Church

John grew up in Ohio and is a graduate of Macalester College (B.A. in Religion and Classical Languages), Princeton Theological Seminary (M.Div.), and Christian Theological Seminary (D.Min.). He also holds a Certificate in Fund Raising Management from the Indiana University Lilly Family School of Philanthropy.

John is married to Judy Woods (an attorney and ordained elder who also has served all levels of the denomination). Together, they have two children and four grandchildren.

John looks forward to spending time with his family, traveling, and watching the Colts and Pacers. He has only recently retired from participating in Highland Games competitions (Scottish Heavy Olympics), where he made a different kind of impact by throwing heavy objects.

Whether throwing heavy objects or wrestling weighty ideas, John has led with passion and enthusiasm. We are grateful to John for his years of faithful service, his compassionate heart for ministry, and the enduring impact he has had on our church, our city, and our denomination.

As John steps into retirement, he reflects on his life’s work so far:

My service to the church began as a kid helping to set-up folding chairs each week in the rented hall my home church used; continued through pastoring/community organizing in the inner city; then, leading an urban/residential parish in a university setting. Now I’m retiring from the staff of the 7th largest church in the PC(USA). No one could have plotted that journey in advance!

I’m grateful to God and to each of you for your role/partnership in ministry with me through these years. What’s next? Our Jr. High School Latin teacher always responded to questions about the content of an upcoming test with a cheery, “Come and see!”

The past has been so great, I can hardly wait to see what’s next!