Who Will Be A Witness? Igniting Activism for God's Justice, Love, and Deliverance

This fall we invite small groups and individuals to read and discuss Who Will Be a Witness? Igniting Activism for God’s Justice, Love, and Deliverance by Drew G. I. Hart. This eight-week class will include videos with John Franke and Drew Hart, notes on the book, and questions for discussion—all of which will be available on the church website. This class is available at any time and provides a perfect opportunity for groups and individuals to engage in the work of discipleship and advocacy in keeping with the commitment of Second Presbyterian Church to be a Matthew 25 community. Consider forming a new group to grow in your understanding of, and participation in, God’s love, justice, and deliverance for the people of Indianapolis and the world.

In April 1963, Dr. Martin Luther King Jr. and the Southern Christian Leadership Conference attempted to galvanize Project C and the freedom movement in Birmingham, AL. Project C stood for confrontation and represented a significant development in King’s understanding of nonviolent struggle. This confrontational approach sought to apply direct pressure at strategic targets in the struggle for civil rights and required the participants to accept the consequences of their actions.

By this confrontation through mass civil disobedience, King and his collaborators were intending to expose the hidden injustices that shaped the realities of everyday life in Birmingham. As they gathered, some believed the time had come to move forward while others thought it was not wise to risk arrest. And since it was Good Friday, some argued that they should not risk detainment because they needed to be in church on Easter Sunday. After listening quietly for a time, King got up without a word and went into his room to change. When he returned he was dressed not in a coat and tie, but in a blue work shirt, with his sleeves rolled up, and a pair of blue jeans.

When his collaborators saw him, they knew what it meant. It was time to get to work and do the real labor of confronting the injustice that had long shaped life in Birmingham, knowing full well that this would mean ending up in jail.

“And by putting on his blue jeans to engage in civil disobedience over Passover and Easter weekend, Dr. King also revealed something about his understanding of the deeper meaning of the holiday, of Christianity in general, and of the significance of Jesus’ revolutionary action on that first Good Friday.”

“The response to Jesus’ clash with the establishment and his willingness to lay down his life should lead to more than just worshipping and celebrating him for what he did—it should also ignite a revolutionary, grassroots, Jesus-shaped witness in society. Those who follow Jesus should love their neighbors to such a degree that we are willing to accept the consequences that come from struggling for shalom and true justice in the public square.”

This book, and this class, intends to ignite and mobilize the church into faithful and revolutionary participation in the Jesus-shaped work of liberation and justice for all people.

“Every Sunday, people gather and proclaim that they have put their faith in Jesus, yet our domesticated discipleship fails to produce followers who embody, as Jesus modeled, a faithful witness in our society. This book suggests that restoring our public witness requires us to return to the root of our faith, the gospel of Jesus, to take responsibility for our legacy of a mangled Christianity, and to discover methods that are faithful and conducive to local churches seeking God’s justice and deliverance in their neighborhoods.”

White Man’s Religion and the Mangled Witness of the Church

The claim that Christianity is a white man’s religion is a common critique of the tradition, especially among those who are not adherents. It may be surprising to some that this criticism has also been made by committed Christians, particularly people of color. It may also be surprising that this claim is not limited to those in the liberal Protestantism. In 1989, black evangelical theologians William and Ruth Bentley made the following statement at a major gathering focused on defining this more conservative movement:

“We need a theology which will enable us as Black Americans to deal with our total experience here. We are not calling for a new Bible, or a new Christ, or a different Almighty God. For all of us who so believe, the God and Father of our Lord Jesus Christ and the biblical revelation given to us through the Holy Spirit are in every way sufficient; but western theology has notoriously failed Black people and virtually all non-European-based people by [regarding] them functionally lesser peoples. In so doing it tends to afford a certain aid and comfort to political, economic, and racial oppression. As the religion of western man, western theology has either preceded him, joined him, or followed him in all missions of world colonization or conquest. It has singularly been unable to wean western man from his white tribalism or nationalism. There is a real sense in which Christianity (not Christ) is a white man’s religion.”—William H. Bentley and Ruth Lewis Bentley, “Reflections on the Scope and Function of a Black Evangelical Theology” in Kenneth S. Kantzer and Carl F. H. Henry, eds. Evangelical Affirmations (Grand Rapids, MI: Zondervan, 1990), 311-314.

Hart’s response to this claim makes two major points. First, Christianity is not indigenous to Western Europe, but rather it emerged from regions we now identify as Asia and Africa. Indeed, Western theology is particularly indebted to the leaders of African Christianity. Indeed, significant expressions of global Christianity continue to emerge that reject the assumptions and assertions of the Western European theological tradition.

Second, he also agrees that Christianity has at times become the religion of and for white men. “It is an undeniable fact that Christianity has been weaponized by Europeans to justify their conquest of land and plundering of resources, as well as their enslaving, physically brutalizing, and subjugating black and Indigenous people’s bodies all around the globe…Christianity has too often been manipulated and weaponized against black people and used as a religion that bolsters white supremacy.” This is simply a fact of history.

“The core question for [Hart] is whether the Christianity that was practiced in these contexts was genuinely the way of Jesus, or if the religion of white Christians was distorted on behalf of their own social mission, one contrary to the vocation of the Messiah.”

“When someone asks me whether Christianity is the white man’s religion, I respond in both the affirmative and the negative. Just as some enslaved Africans dared to distinguish between true Christianity and the religion of this land, so I too recognize that Christianity has been weaponized, but I reject any claim that its weaponized form is a faithful witness to the way of Jesus.”

“Of course, God will be the final arbiter of which ways of living align with the way of Jesus and which do not. For now, I simply invite us all to read Scripture together, to immerse ourselves in the story of Jesus, which is the culmination of our sacred Scripture, and to understand our lives within the context of church history and its traditions. I believe doing so will provide a lens for the church to discover its liberative and justice-oriented vocation in society.”

“My hope is that the church will move beyond the spiritual platitudes and hypocritical religiosity that have become so common since Christendom began its reign and birthed white supremacy in our world. Now is the time for us to experience God’s deliverance and to participate in God’s justice. When Dr. King and his friends in Birmingham went out wearing their blue jeans, they signified to a watching world that they were going to be included among God’s witnesses. It is time that churches everywhere discern and decide that they too are ready to put on their blue jeans.”

This book is intended as “an invitation to ignite Christian activism and put on our blue jeans in the public square in the way of Jesus, and proposes that we can do so by embodying the good news of Jesus through radical grassroots action as local congregations.” 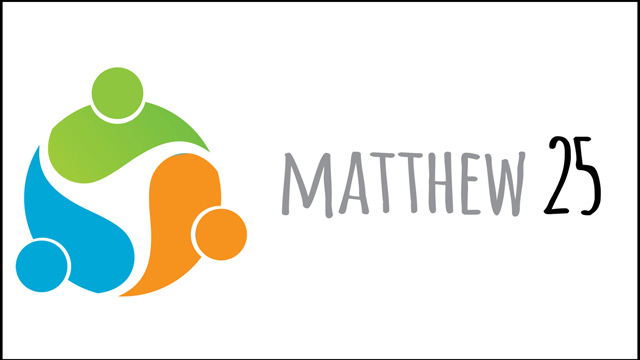