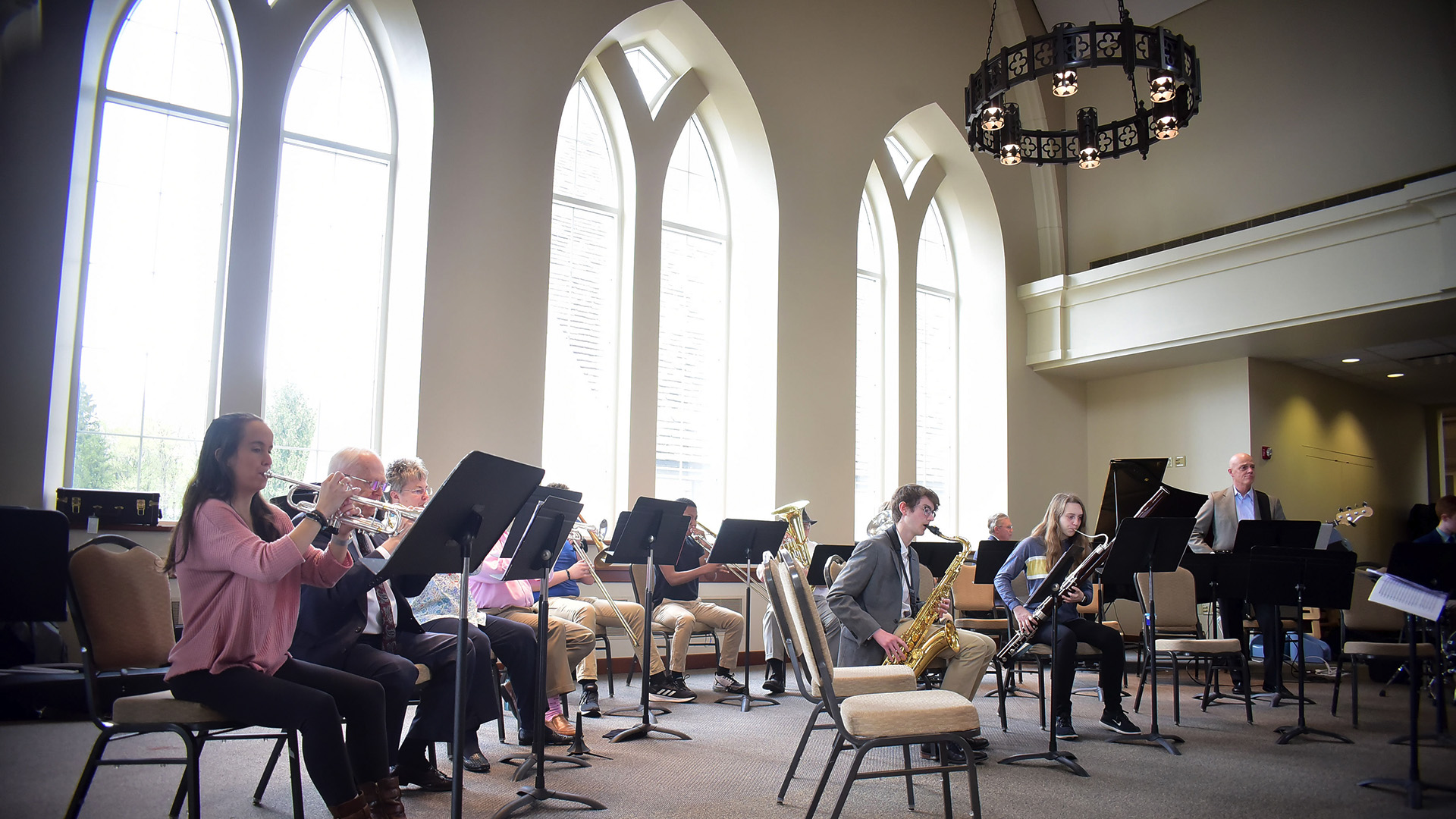 Led by Rebecca Holt, the Handbell Ensemble rehearses on Saturday mornings and plays in worship services monthly. Moderate music-reading ability is helpful and a sense of rhythm and coordination important. No audition is required. The Ensemble is open to eighth grade students and older. Successful handbell choirs always have a sense of group spirit and mutual support with regular attendance at rehearsals crucial.

All youth and adults who have completed at least three years of study on wind, brass or percussion instruments are eligible and encouraged to become part of Second Winds, a symphony wind ensemble comprised solely of volunteers from the Second Presbyterian community. This ensemble is a great opportunity for youth and adults to work together to create beautiful music, enjoy fellowship and use their gifts and talents to glorify God.

The Brass Ensemble draws on members of the Indianapolis Symphony Orchestra and the Indianapolis Chamber Orchestra, as well as other area professional organizations and performs with the Sanctuary Choir at special worship services and events.